But first, let me introduce my utmost and irreplacable helper. The one and only ... KIP :) Whenever I loose any of my tools or reach up for a piece of cloth to wipe my hands... he is there, always on the wrong spot, but I have the feeling I would have been lost without him.... he is THE supervisor :) 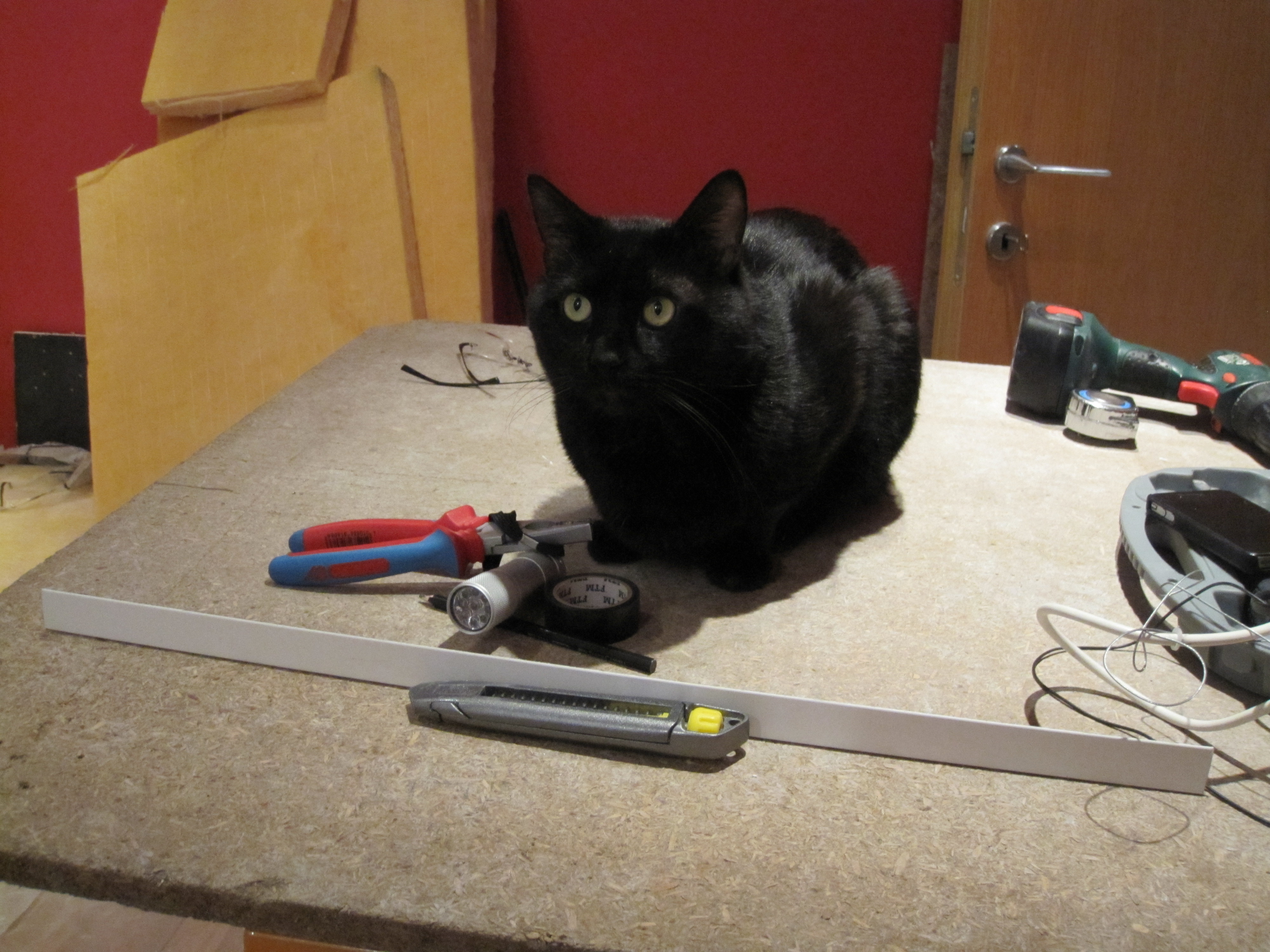 And now back to what I overlooked from the very beginning:

In my country, residential buildings' slabs are calculated for a load of cca.200kg/m2.

I did a rough calculation for my new booth and the total expected weight (with some sacrifices of material) appeared to be close to 1,500 kg. With an area of approx.4,5m2, that gave a new estimated load of around 300kg/m2 for that area of the slab.... and my nightmare began. I called first thing in the morning my civil engineer (keep in mind I am an architect and I have designed the house by myself). It turned out the slab was calculated in a way which would support the extra weight... However, for the sake of my normal sleep in the years to come, I reduced all gypsumboard wall layers from 3 to 2.

Recap: CALCULATE THE BLOODY LOAD BEFORE YOU START !!

(Or build your studio in the basement or on the ground floor....)

Studs of the walls and ceiling. Note no hangers from ceiling! 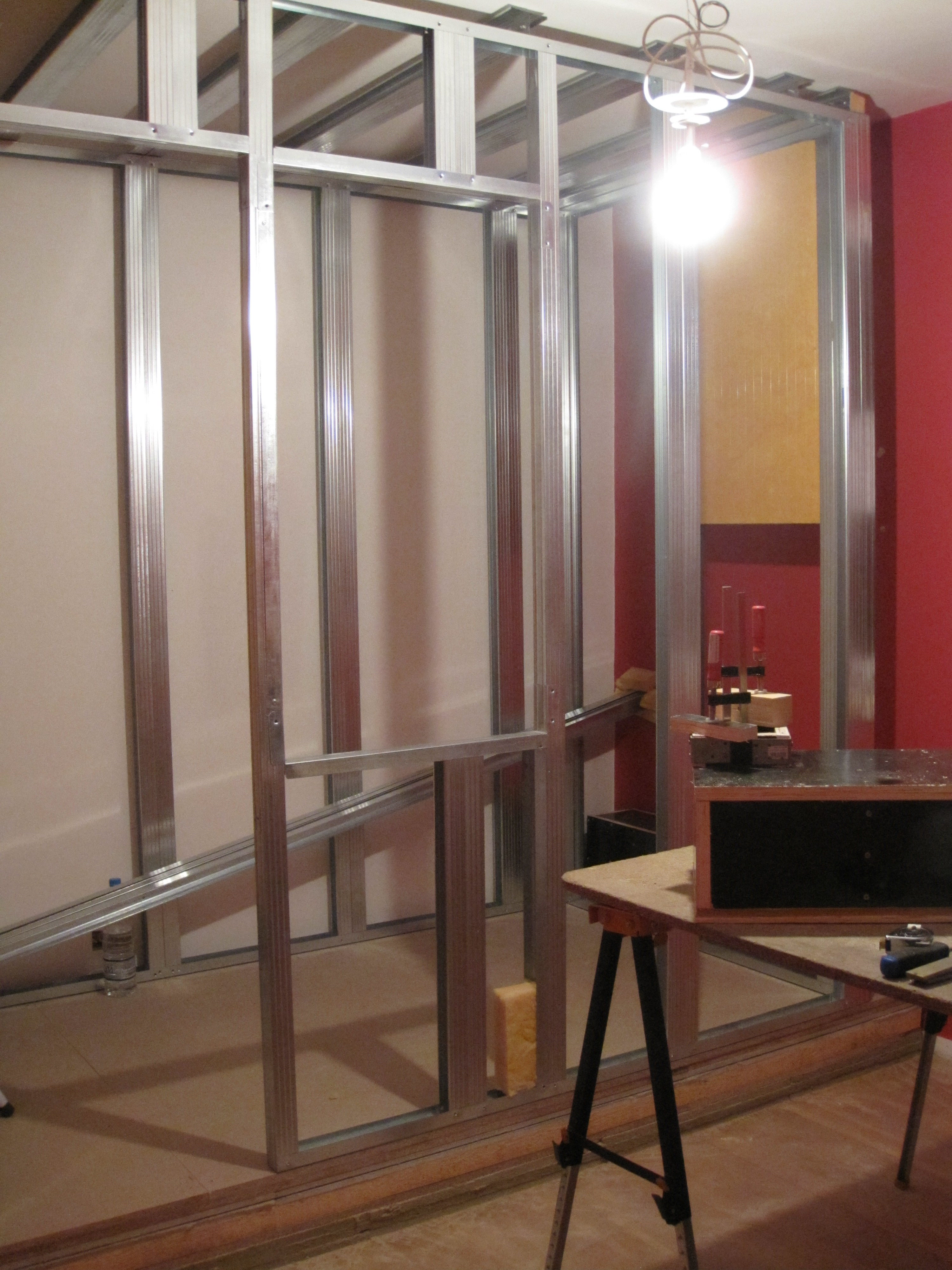 The studs for the "outside"wall (to the mixing area, are visible. The lay on the existing floor of the room: 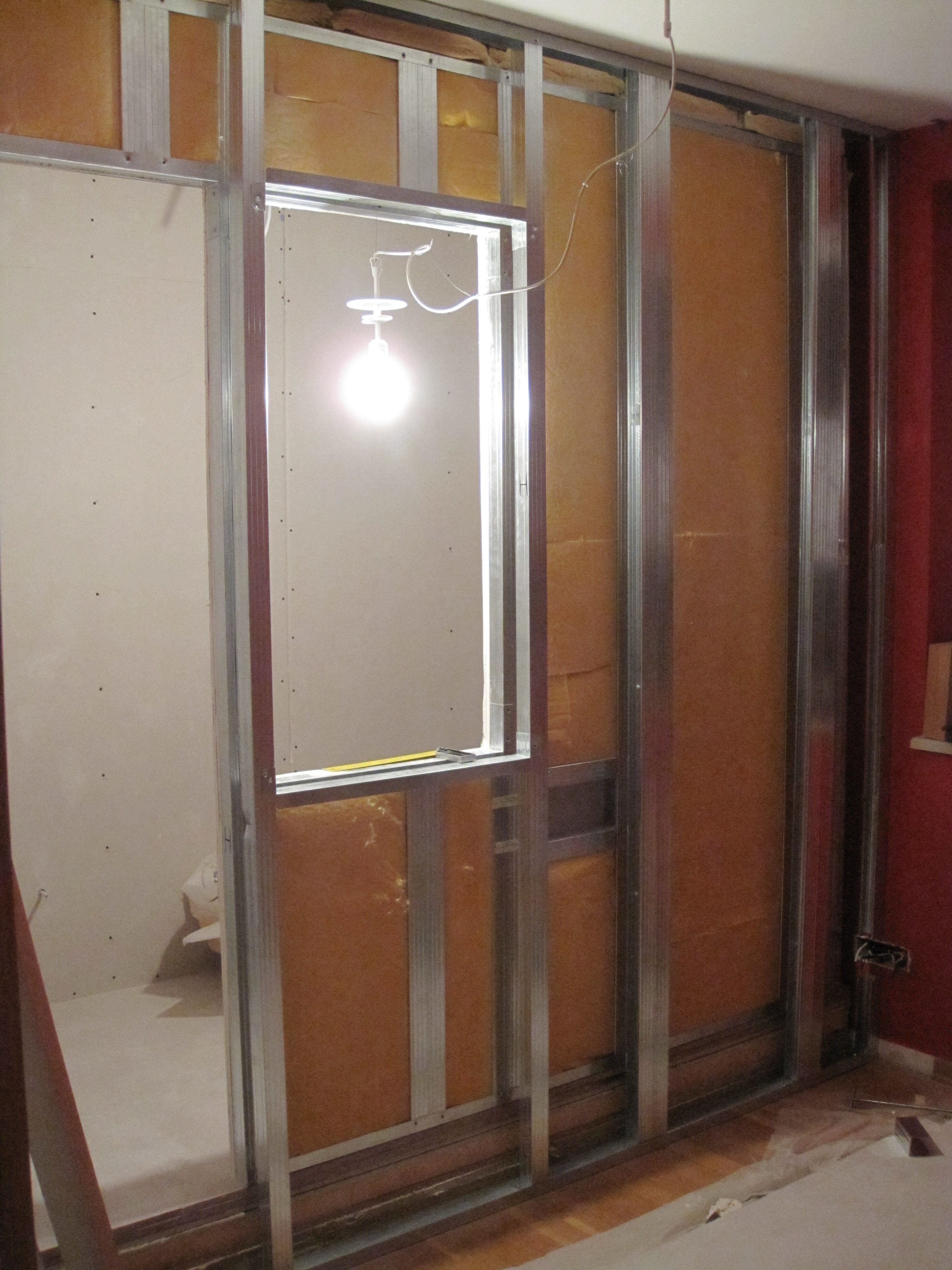 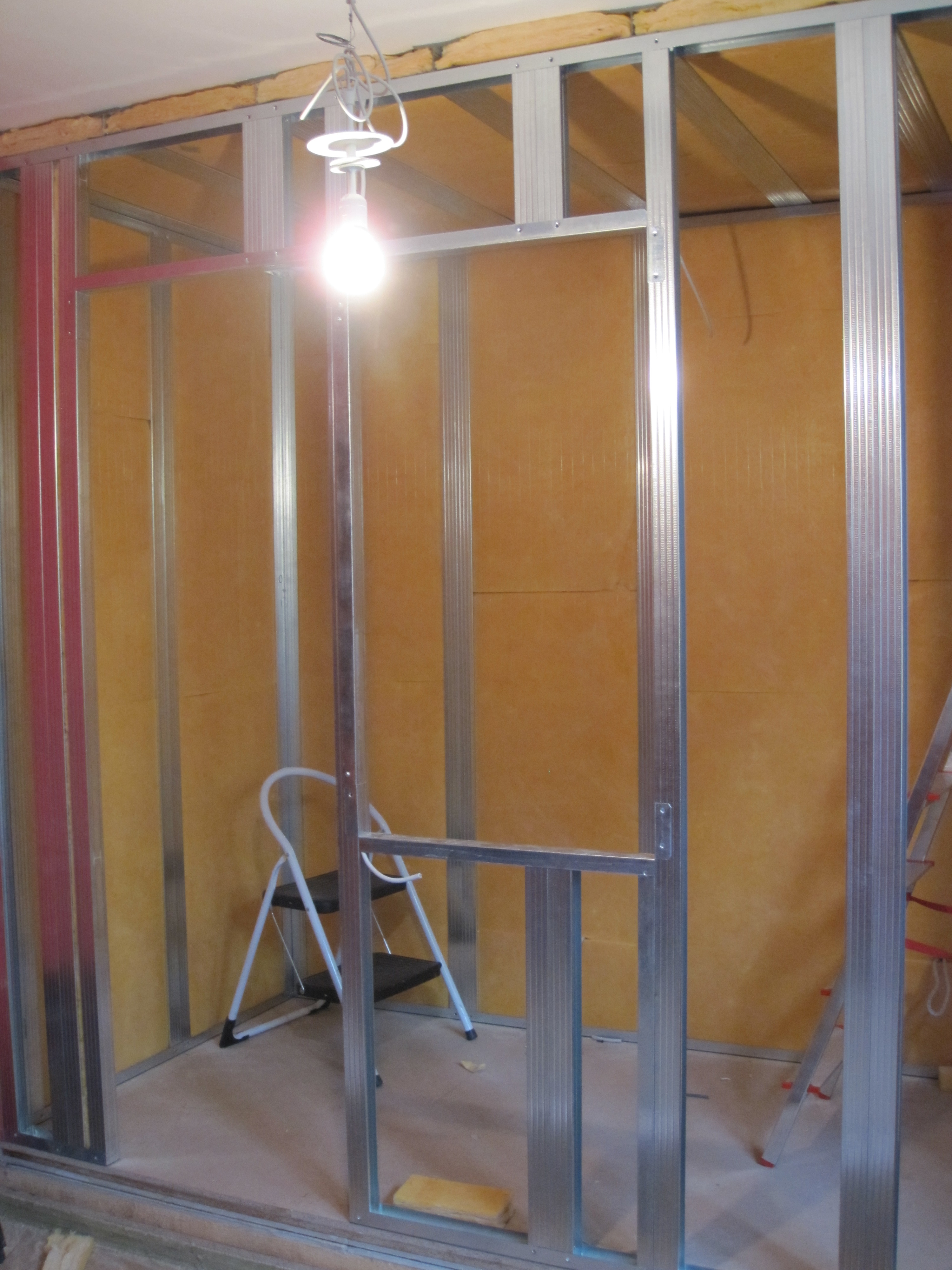 All gypsumboard layers installed. Note EVERY layer has all the joints filled up with SHEETROCK. Idea is to let no holes or gaps (as small as they can be) for air = sound escaping from booth interior.... (forgot to mention that there is a "deadsheet" bitumen layer between the two KNAUF GKB 12,5 gypsumboards...) 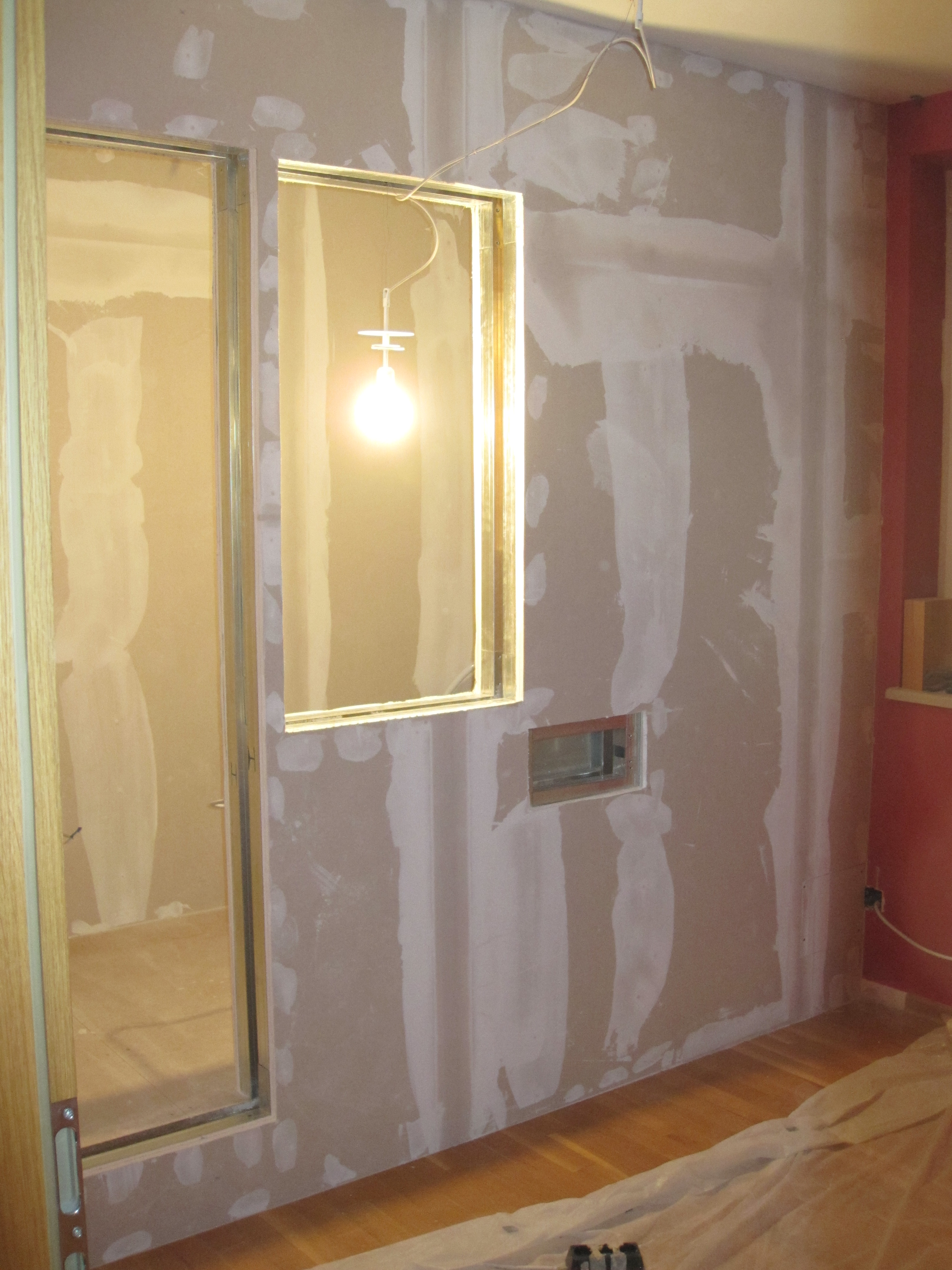 Quality inspection by THE Supervisor :) 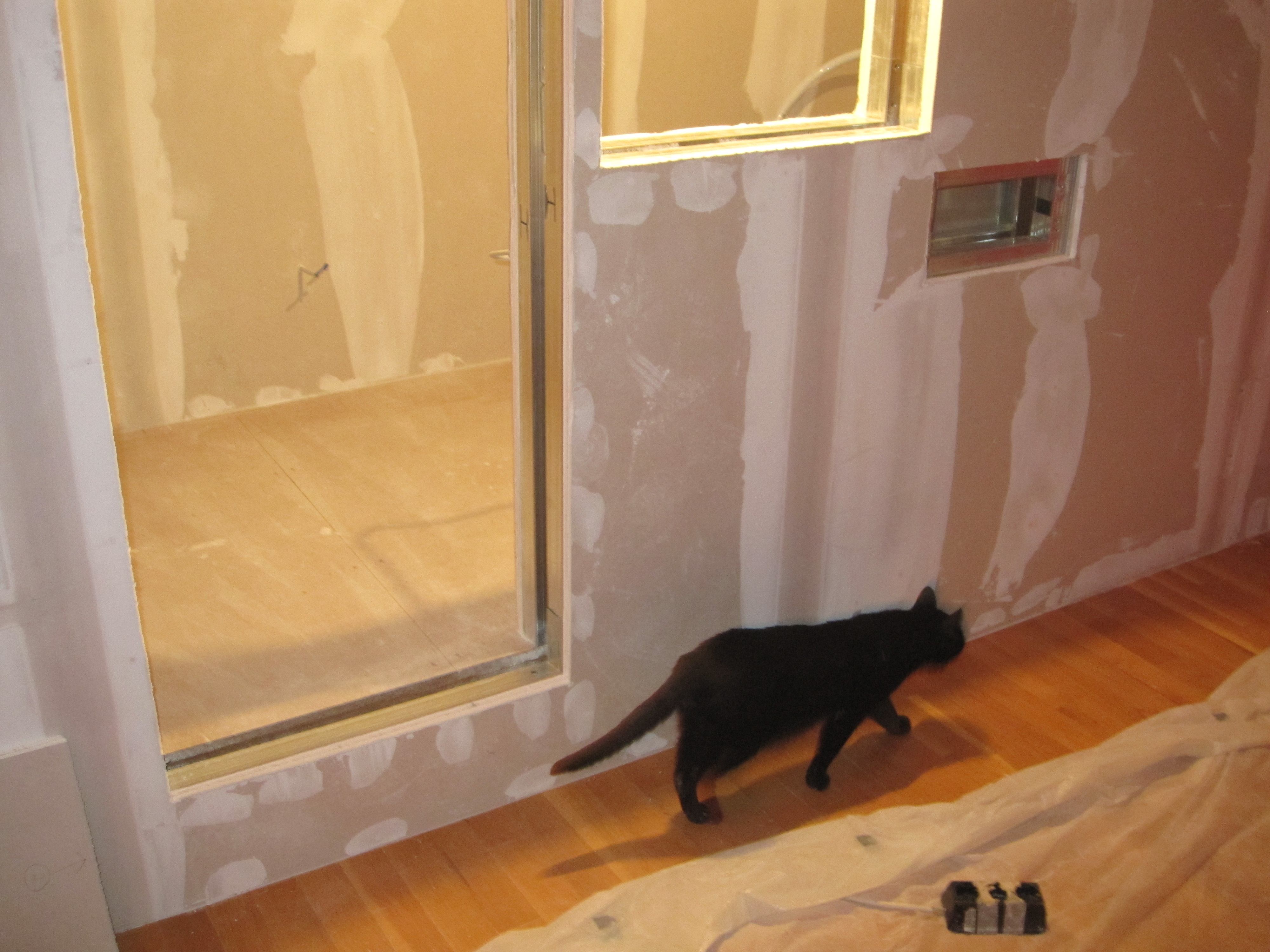 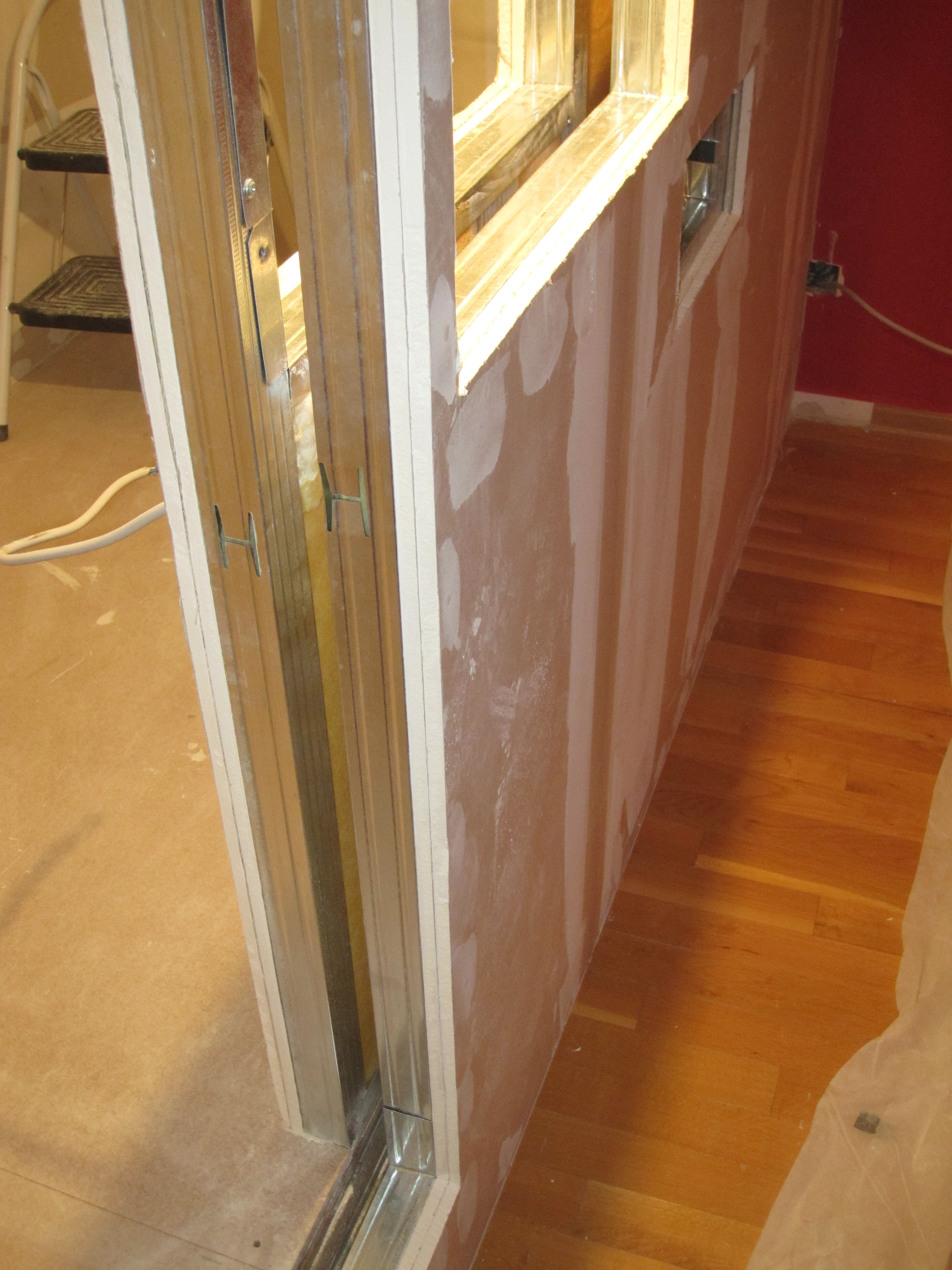 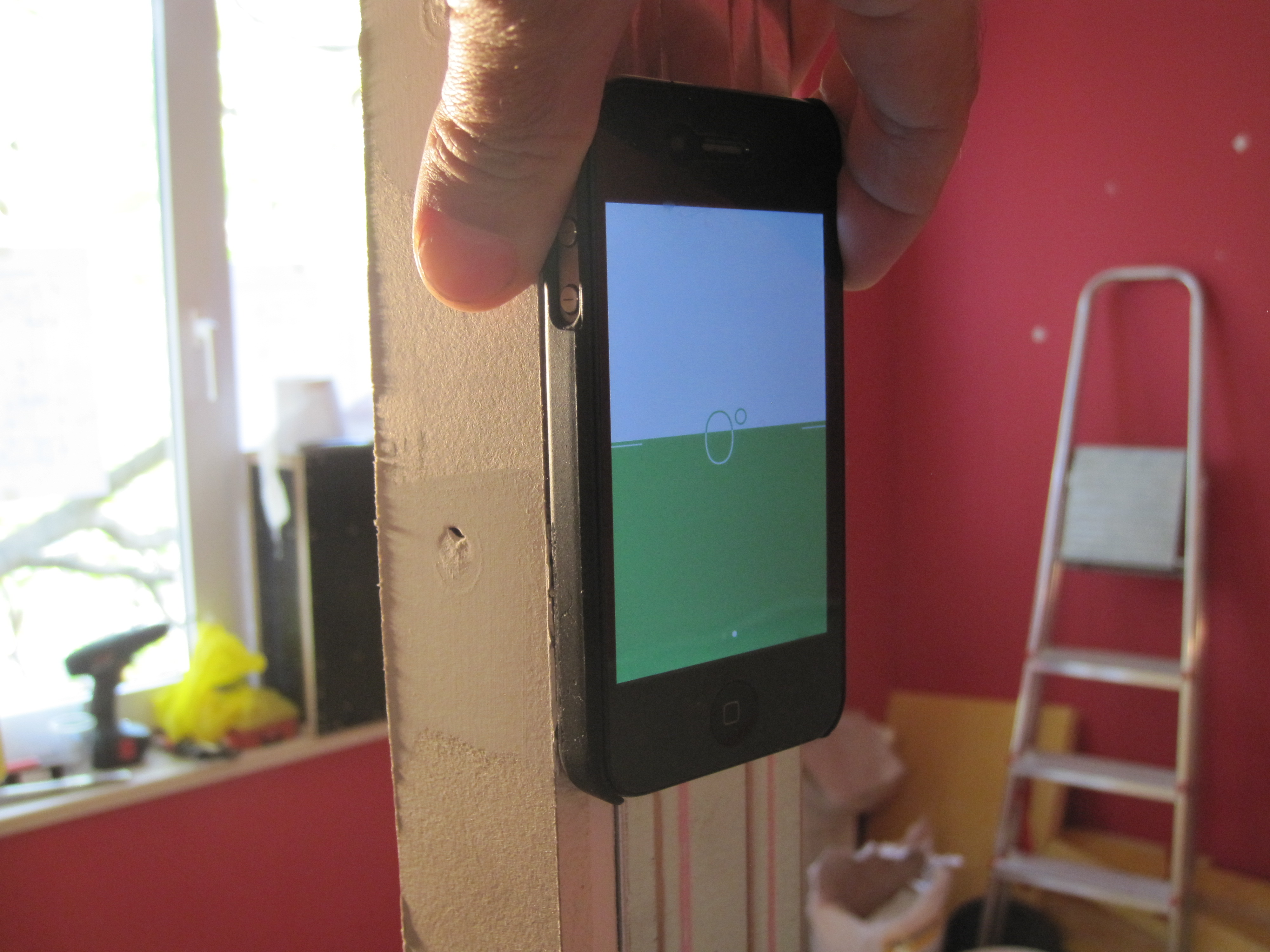 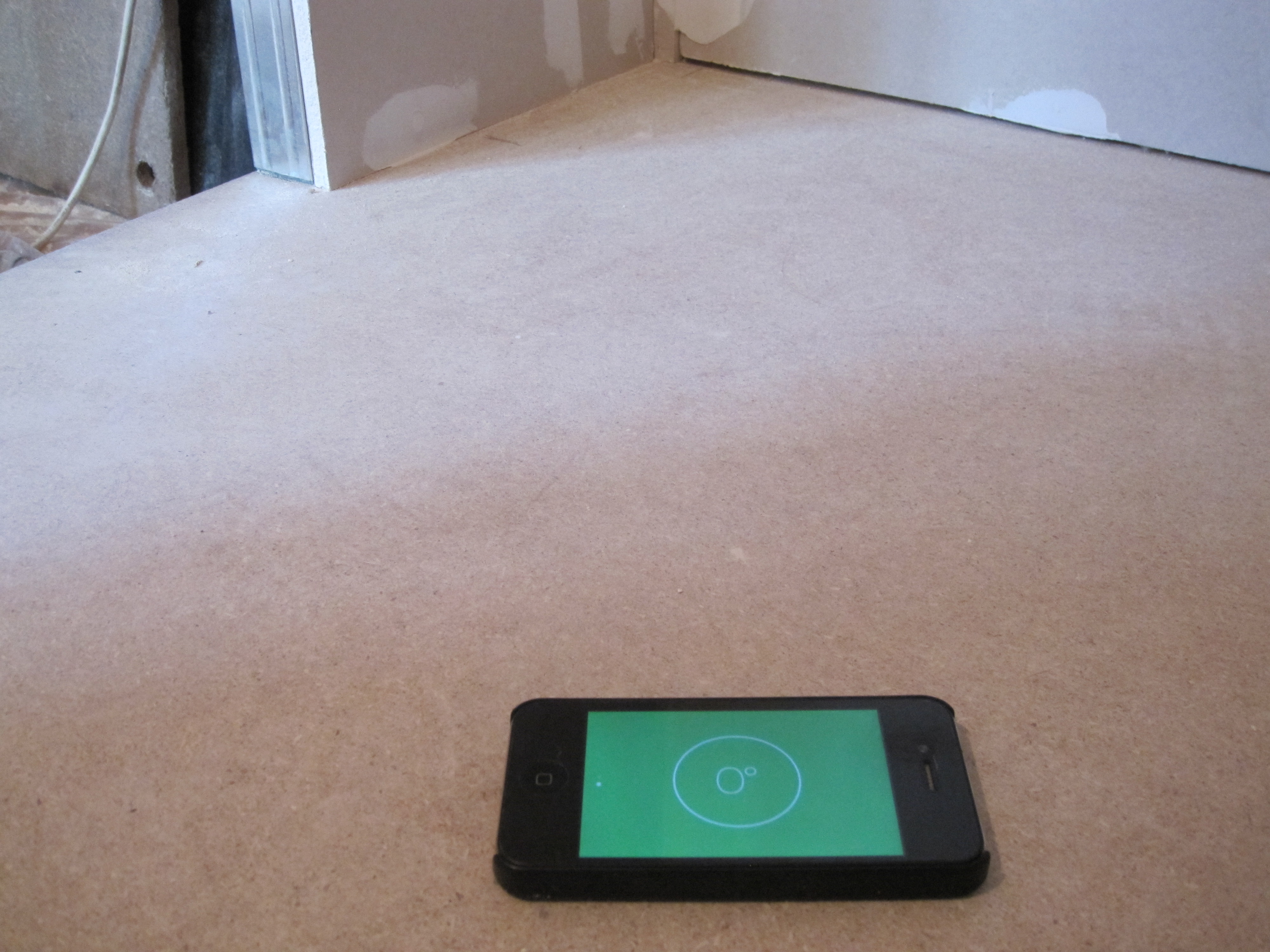 Still scared from the huge weight of this monster, I constantly checked the deformation of the floor.... KNAUF's certificate for the stone wool claimed it wil deform for loads above 750kg/m2, far heavier than my structure. Indeed, total decrease of floor level was approx.1,5-2mm, for me that was completely acceptable:

Just to be on the safe side, I made two markers, one on stud, one on wall (in the far end of the above picture) and checked them every day. Alas, nothing seemed to "move "downwards :)

- once again, do your math beforehand, not after !

- have at hand at least a sixpack, or several litres of mineral water.... you WILL get thirsty :)